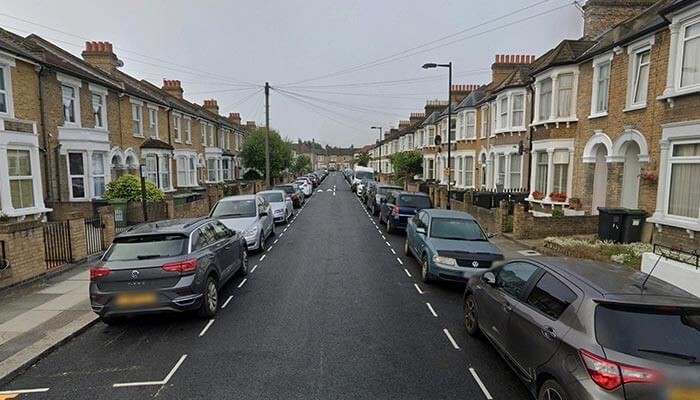 The name Catford derives its name from a ford across the River Ravensbourne frequented by wild cats. A watermill for corn was established at Catford Bridge at the beginning of the nineteenth century to serve the local farms.

Catford railway is one of two stations serving London. Mainly used by commuters, it is in Travelcard zone 3 and is on the Catford Loop Line, between Crofton Park and Bellingham.

Catford Broadway is one of the oldest theatres south of the river. The historic venue has served many purposes over the years; it acted as a town hall in the early 20th century and was used as a concert hall in the 50s and 60s. Due to a £2.3 million pound refurbishment in 2001, the venue has now been sympathetically restored with its original art deco features. It’s was originally built in 1932 and is an excellent example of Art Deco design. Now a Grade II listed building.

Much of this housing stock was built by Archibald Corbett, who bought 300 acres of land to build new homes. He had a firm vision, and the properties he made had both front and back gardens, were laid out in strict grid-like patterns never far from a school and a row of shops, but with no public house.

The most desirable properties in Catford are the Edwardian homes in the Culverly Road conservation area, although they rarely come on the market. Other period properties of interest are two 1930s housing estates, Bellingham and Downham. It is still possible to get a well-priced house or flat, often with outdoor space within a reasonable budget.

Catford also offers a wide range of schools across all age groups including independent schools and an academy. Rathfern Primary school is rated Outstanding by Ofsted. Holy Cross is a roman catholic primary school is another popular choice,

Catford Shopping Centre provides most locals’ shopping requirements, with its grocery stores and independent shops. There is also a selection of restaurants, coffee shops and pubs.
Located in Catford Mews, the shopping centre is topped by the area’s landmark of a large black cat.

Catford is due for regeneration in 2020 which is due to be completed by 2030
This will include redeveloping Catford shopping centre, providing new retail space.
Milford Towers will be replaced, providing several hundred new homes across the town centre.
There will also be a new South Circular road layout this will create more space for people to walk into the town centre.