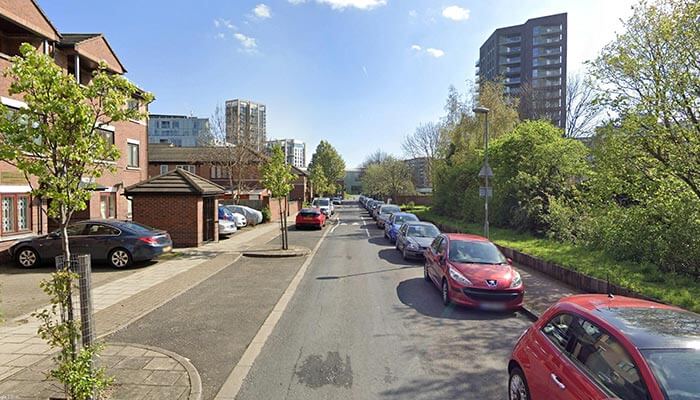 Deptford is primarily known for its history, going back to the days of it being famous for its links to a Dockyard background. Deptford was home to Deptford Dockyard between the mid 16th century to the late 19th century and the first of the Royal Dockyards.

Deptford does have an excellent infrastructure, an excellent choice of transport links and plenty of parkland space. Creek Road connects Greenwich and Surrey Quays, running straight through the heart of Deptford. Creek Road was once known as London Road, connecting London with Kent.

Deptford is split into many parts and some of the more popular streets for period properties, mostly houses and some conversion flats is around the Deptford Park area, off of the Creek Road. Deptford Park is a public park offering 17 acres of parkland for locals to enjoy, especially following more recent improvements. The park encompasses a children’s playground, football pitch and play areas.

The streets surrounding the park and are considered sought after including Scawen Road, which faces the park and Alloa Road.

Deptford now has a considerable number of new-build apartments covering a lot of SE8, from the riverside flats to more taller blocks offering some fantastic views. Typically locals do refer to the Greenwich side of Deptford and just Deptford. The reason for this is quite simply that there are several streets which fall under the Deptford postcode of SE8, however fall on the borderline of Greenwich, SE10 such as Glaisher Street, which is more commonly known as it’s original name Millenium Village built around the turn of the millennium. These consist of many river-facing flats and some modern houses offering residents parking.

One of the hidden gems when it comes to converted flats in Deptford would have to be Foreshore, which is located on the banks of the River Thames and is a converted warehouse – a beautiful grade two listed Georgian building. One section of the warehouse is said to have stored rum for the Royal Navy between 1742 to 1961. This building does also overlook Queen Elizabeth steps, as I say – truly a hidden gem of Deptford.

Deptford’s transport links are especially fantastic for those wishing to access central London quickly, with buses going direct into central London via Surrey Quays. There is also a night bus route servicing most areas of Deptford.

Trains run direct into central London or the opposite direction from Deptford mainline station. Deptford Bridge DLR station is located just off Deptford Broadway, the junction of Deptford, New Cross and Greenwich. This line runs directly to Greenwich, Cutty Sark and stations around the Canary Wharf area, as well as Bank. There are also links into Stratford and London City airport.

There is an excellent choice of primary schools in Deptford, such as Invicta Primary School located on Benbow Street, St Josephs Catholic Primary School which is on Crossfield Street and St Stephens C of E Primary School, situated on Albyn Road.

There is an excellent choice of gyms in the area which include Merdian Fitness Health & Spa, located on Creek Road, forming part of the Creekside development – a very modern development of modern flats, some river facing and most with a communal roof terrace offering striking views across the London skyline and River Thames.

More gyms include The Commando Temple on Resolution Way and The Gym, located on Creek Road, to name a few.

The housing market has risen year upon year since the turn of the millennium and continues to grow with a growing demographic and more demand for property in London. Deptford has become more popular since 2006/2007 with the news of Conveys Wharf, a mixed-use development which will provide more homes and jobs.

The houses in Deptford are typically occupied by families, young and old or rented to working professionals as well as students, due to the excellent quality of universities in the area, such as Laban dance college, Greenwich University and Ravensbourne College.

There are some beautiful developments in Deptford such as Millenium Quay, as mentioned earlier, Creekside which encompass Little Thames Walk, Laban Walk and Harmony Place and the more recently built Greenland Place development, Naomi Street in Deptford, SE8.