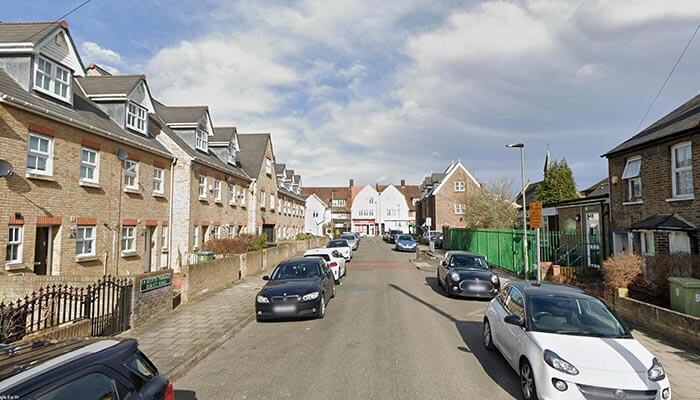 What a Little Hidden Gem

A small village town nestled between Eltham and Chislehurst set in the London borough of Bromley and Greenwich.

Mottingham borders Eltham to the north, New Eltham to the east and Chislehurst to the south.
To the north of the village is a war memorial in the centre of a mini-roundabout which was unveiled in March 1920, this temple style memorial was designed by local resident George Hubbar.

Much of this town was originally farmland until the mid -19th century, Mottingham station was first named Eltham when it opened in 1866. Cottages were built on what is now Mottingham Road.

The West Park estate was laid out with rows of houses for the middle classes in the 1880s. The Royal Naval School moved from New Cross to Fairy Hall in 1889. The hall was acquired by the school for the sons of the missionaries to form Eltham College.

The London County Council bought the farm estate in the early 1930s. The first houses were to the west of Mottingham Road which completed in 1935.

Throughout the 1930s Mottingham expanded rapidly, The parade in what became known as Mottingham Village was completed, providing residents with an unprecedented variety of shops.

In 1946 Woolwich Council built to the east of Mottingham Road. The Coldharbour estate was created primarily to provide accommodation for local people made homeless by the blitz.

The train station is situated in the town close to the junction of Court Road and the A20 Sidcup bypass. The station is located in Travelcard Zone 4.

Mottingham is a little gem when it comes to affordable housing, making it an ideal stepping stone for first-time buyers and young families wishing to climb onto the property ladder. There are a variety of flats, maisonettes and ex-local authority houses which can be purchased.

Early Victorian homes can be found on the more desirable roads like West Park. A majority of the local housing stock was generally built in the 1930s and 1950s situated within the surrounding streets off Mottingham Road. These properties were constructed typically as semi-detached houses benefitting from their own driveways and garages. The more favourable roads tend to be situated within the surrounding streets off Court Farm Road and Chapel Farm Road.

Mottingham Lane is renowned for its variety of detached houses as well as being within the catchment area for Eltham College Junior School. Mottingham Farm Horse Riding School is also within short walking distance.

There’s also an excellent choice of local primary schools including an independent school being Eltham College.

If you’re more the outdoors type, you will find a variety of open green spaces and recreation grounds including sport fields and children play areas.

We would highly recommend spending the time to explore this little village to see what it has to offer.